Sofia is back in LA, and has started working on her new film FAKE NEWS, starring Eric Roberts and Sofia Milos (as detective Jennifer Stern).

Fake News is a new original film that follows Maxwell Stern, a no-nonsense reporter with a reputation for breaking the most scandalous stories in America. When one of his manufactured scandals backfires, he finds himself fighting against some of the most powerful forces in American politics.

This well cast Film Noir is written and produced by Sam Morris. 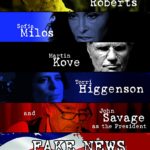 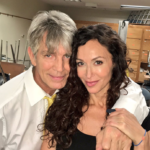 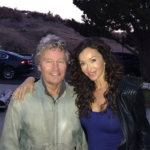 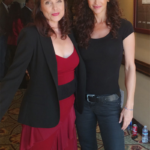 Sofia Milos as detective Jennifer Stern and Torri Higginson (Stargate:Atlantis) as Editor Liz Sterling, behind the scenes on the set of Fake News 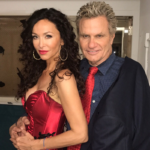 Sofia Milos, as detective Jennifer Stern undercover and Martin Kove (The Karate Kid, Rambo and many more) as Vice President John Phillips, on set behind the scenes of their film noir FAKE NEWS 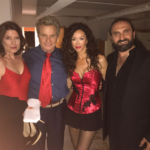